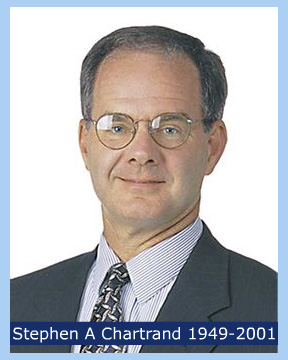 Stephen A. Chartrand, M.D., of Omaha, passed away from sudden complications while undergoing treatment for auto-immune hemolytic anemia, a blood disorder that he had battled for the past several years. Steve was only 51, and the father of five children. He was the chairman of the Department of Pediatrics at Creighton University.

There was no Chartrand member more devoted to the sport of soccer than Steve. Having been a goalie at Rockhurst High School in the late sixties, he went on to play soccer at the college level and then coach numerous youth soccer teams. His son, Edward, now a Omaha physician, played soccer for Creighton Prep High School in Omaha. It was largely due to Steves soccer career that his younger brothers – David, Ed and Art – also went on to play both high school and college soccer at Kansas State. Ed died in 1979 at the age of 22; afterward, the KSU mens soccer team launched the annual soccer tournament in his name.

The Chartrand family wishes to thank our many friends around the country who have sent kind words of consolation in the months and years following the loss of our beloved Steve. And a special thanks to those who have made generous donations in Steves name to the Ed Chartrand Soccer Memorial at K-State. 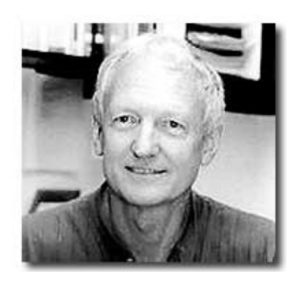 Subbarat Muthukrishnan, professor of biochemistry, said Hedgcoth had been suffering from a brain tumor and died of post-operative complications.

Hedgcoth was born in Graham, Texas, and served in the U.S. Coast Guard from 1954 to 1958. By 1965, he had earned his undergraduate and graduate degrees from the University of Texas. Hedgcoth was active in the Manhattan soccer community. He had served as the faculty soccer adviser for more than 25 years.

“He had the greatest concern for his students,” Muthukrishnan said. “He always devoted tremendous energy to his students.”

Thomas Roche, professor of biochemistry, said Hedgcoth had an outstanding record in teaching for many years. “He was one of the very best instructors,” he said. “He’ll be especially remembered for his patience with training students.”
Muthukrishnan said he devoted an enormous amount of time to departmental matters. “He really brought a lot of focus to the department right from the days when he started,” Muthukrishnan said. “It’s rare to maintain that kind of research and commitment.”

Memorial services are planned for 7 p.m. Wednesday, Oct. 16 at All Faiths Chapel.
Supplemental “Charlie was always there to guide us, help us and counsel us,” observed Art Chartrand, KSU soccer player 1976-80. “He was a true friend and we share a great loss with the entire K-State community. I wish I had known his family closer because Charlie was very much family to us in the soccer community.” 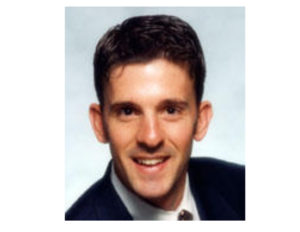 Dan was born January 20, 1972 in Vanderhoof, British Columbia. Dan was a very well liked and admired young man who played on the KSU soccer team and graduated in 1995 with a degree in mechanical engineering. He was a systems engineer for BEA Systems at the time of his death.

“Dan the mountain man” as he was called loved all sports and was very active in the Denver soccer and hockey leagues. He was a member of Holy Ghost Catholic Church in Denver.

“I regret I did not know Dan well personally,” noted Art Chartrand of the Chartrand Charitable Foundation “but those of us involved in K-State soccer feel everyone has been a part of our family. Dan was one of us. Those of us who have lost brothers share the pain, but also the love for Dan’s family and friends. We all feel this loss. His family I have met since have been just amazing. They have the strength that you see in people of faith and who trust in God, in both life and death. We will not forget Dan or his family.”

Dan is the son of Carol and Ted Czarnecki of Kansas City. Dan has two sisters, Lana Irish and Monica Czarnecki; two brothers Michael and Nathan Czarnecki and also leaves his girlfriend, Julie Reed. Postnote: Dan’s father Ted also died in the year after Dan. We remember the entire family in our thoughts and prayers.